What Is Click Fraud and How Does It Affect Your Business?

Pay per click marketing is one of the best ways to promote your business. By paying to display your search engine result, banner ad or video, you can generate a high volume of traffic for just a few hundred bucks a month.

However, one of the most high profile problems with PPC advertising is the threat of click fraud and ad fraud.

These two practices are two sides of the same coin, but are thought to cost digital advertisers anything from $20 billion to $70 billion each year. The exact figure isn’t known as many of the schemes used are hidden.

The act of click fraud is clicking on a paid ad link with malicious intention. This refers to any click on a paid link from either an automated source such as bot or web crawler, or from a business rival or person who dislikes your brand or business.

By clicking on your ad, these parties divert your ad spend away from genuine clicks from interested customers. This can run down your ad spend and even remove your ad from the search results if you’re budget is used up.

Clicks from rival businesses are actually a major source of fraudulent ad traffic. There are several high profile examples of fraud on paid ads between business rivals, with these likely just the tip of the iceberg.

Ad fraud is a more organised and nefarious form of click fraud. Usually, ad fraud is committed by a team of skilled developers to defraud advertisers in bulk and steal the ad revenue for themselves.

In recent years there have been countless examples of successful ad fraud campaigns, including the well known Methbot, Hyphbot and 3ve campaigns.

Today, one of the biggest active ad fraud botnets is 404Bot. The way it works is by exploiting one of the initiatives designed to stop ad fraud, ads.txt.

How does this affect your business?

If you run paid on any network, from Google or Bing to Facebook, then you are very likely impacted by click fraud or ad fraud.

In fact, a recent report by ClickCease, an anti-click fraud software company, found that around 90% of all PPC ads are impacted by click fraud. And, depending on the industry, the percentage of fraudulent clicks can be between 10% up to a staggering 60%.

Imagine that 60% of your advertising budget is being siphoned off by fraudsters!

If you’re spending thousands of dollars a month, this can mean that you’re losing a huge chunk of money to fraud. With paid ad clicks costing anything from a few cents to over $100 (for one click), it’s obviously a big problem that needs to be faced up to.

As such a huge and costly problem, surely something must be done? Well, yes, there are some processes in place by the industry to prevent click fraud and ad fraud.

Ads.txt is one of the best known, although as the 404 Bot has exposed, it has its flaws.

The major ad networks such as Google, Facebook and Bing do take action to prevent click fraud on paid ads. But, unfortunately they don’t seem to be 100% effective in their efforts.

Currently, the best way to stop click fraud and ad fraud in it’s tracks is by using third party fraud prevention software. If you’re paying hundred or even thousands of dollars a month in PPC advertising, it can be the difference between a successful campaign or losing out to your competitors.

As for the future? Is click fraud something that you need to watch?

Well, predictions of the decline of click fraud by 2020 have proved wide of the mark. In fact, in 2020 we’ve seen fraud move increasingly into mobile, with infected apps responsible for a rising amount of fraudulent traffic.

With billions of dollars each year at stake, it’s likely that until there is a bulletproof way for the industry to stop fraud, it will keep on happening. 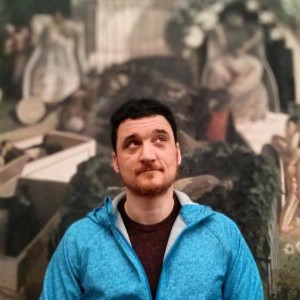 Why should I learn music?

where to get deals on beauty products-atomee

Feasible Ways To Get The Best Out Of Your Printer

2 thoughts on “What Is Click Fraud and How Does It Affect Your Business?”

6 Things to consider before selecting a Caribbean medical school tuition

Coinstirs and the trading solutions it provides